This week, Twitter quietly rolled out an update to their service that gives users a chance to showcase their uploaded images, and the images they’ve retweeted from others. Essentially, it creates a photo gallery very similar to the Facebook gallery you’ll find at the top of every profile page.

When Facebook’s top gallery first came out, people got really carried away customising it. Unsurprisingly, the tech heads have got together again and created a video tutorial showing how to customise your Twitter photo gallery.

Business users can showcase products, logos or a specific message on their page, hopefully inspiring the admiration of those all-important “key influentials” on Twitter.

It’s also worth remembering that any photos you tweet in the future will push your customised gallery back, so you may have to repeatedly upload them.

If you want to try customising the gallery on your Twitter profile, take a look at the video below.

Is there a Tech Bubble for social media?

Mashable recently released an interesting infographic from social media site G+ about the valuations of social media sites. They asked whether basing the value of a social media brand on its users and not its revenue is really a good idea.

While Facebook clearly earns a large profit from its advertising options, Twitter still appears to be struggling with its sponsored tweets concept. If a company is not achieving a high turnover, how can such high valuations be justified?

The piece appears to compare the current tech bubble to the dot.com bubble of 1999. But as one of the readers ‘jbernard703′, who commented on the piece, pointed out, “There is no bubble because no “real” money has been dumped into these companies as of yet”.

The closest example of the social media bubble bursting was seen when Yahoo decided to retire social bookmarking site Delicious, due to the lack of profit model. However, the service was later bought by YouTube founders Chad Hurley and Steve Chen, and it’s currently valued at $15-30 million.

So, have we learnt from the dot.com bubble? Or is the situation likely to occur again?

Should the internet be policed more?

The recent super-injunction issue on Twitter has given rise to a debate that often rears its head when there’s a problem online: should the internet be policed?

With such easy access to anonymity on sites like Twitter, people are now allowed to say what they like without the worry of prosecution (in theory). So when a Twitter user published a list of the super-injunctions recently awarded to celebrities and high-profile members of the public, the courts were left with a difficult dilemma: are social media sites covered by injunctions? Or does freedom of speech win out?

To add to the confusion, some of the tweets about super-injunctions were later revealed as false. When ‘news’ breaks on Twitter, it’s often considered to be fact by the masses, who assume the original source checked the validity. This can lead to a devastating impact on the reputations of innocent people. Could an authoritative presence on sites like Twitter avoid that?

“I’m not giving up on the possibility that people who peddle lies about others through using technology may one day be brought under control, maybe through damages, very substantial damages, maybe even injunctions to stop them peddling lies.”

In reality, the question isn’t whether the internet should be policed, but whether it can be. The internet in general is too big now to police. However, thanks to IP addresses, social media sites are still open to that kind of authoritative involvement.

In defence of many of the social media sites, they do offer reporting services for offensive accounts, which can then be shut down. But is that enough?

What do you think? Should (or could) the internet be policed?

How will the super injunction debate impact on Twitter users?

Over the last couple of years, a number of celebrities have taken out super injunctions to stop the press not only publishing details of a situation they don’t want made public, but also of the injunction itself.

Unfortunately for these celebrities who have spent thousands on keeping their secrets out of the papers, Twitter users are not covered by this injunction. One Twitter user in particular has made it their quest to reveal all the secrets protected by the injunction (although it’s argued by some that more than a few of the claims are in fact false).

So, while the front page might be clear of the actual indiscretions, a simple keyword search on Twitter will unveil all anyway.

This situation highlights the current legal system’s lack of reach when it comes to online services like Twitter, which has remained a haven for free-speech. While Twitter does remove offensive and spammy content, it doesn’t usually get involved in personal disputes. But this might all be about to change.

The PCC (Press Complaints Commission) is assessing whether the Twitter accounts of newspapers and journalists should be monitored, and whether a journalist’s tweets are in fact an extension of their employer’s editorial content. This could lead to journalists facing legal action, even if they’re tweeting from their own personal account.

Whether this will eventually lead to censorship throughout the social network remains to be seen. I doubt it’s an option though, for so many reasons. What body could undertake such a large task? What about anonymous accounts? Would people stay if a monitoring body took over?

What impact do you think the super injunction will have on Twitter users? 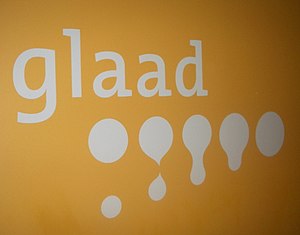 What do you do if an employee responds to a controversial external commenter on Twitter with what you consider to be the wrong answer? If you’re The Washington Post, you send out a memo to your employees asking them to stop tweeting back to readers.

The memo followed a negative reaction to a Washington Post article “Christian compassion requires the truth about harms of homosexuality”. The article argued that homosexuality is a mental health issue. GLAAD, the Gay & Lesbian Alliance Against Defamation, complained about the piece on their Twitter account and the GLAAD website.

Unfortunately, a member of The Washington Post took to Twitter to defend the feature, and suggest that every story has “both sides”. This reaction only fuelled the fire, with GLAAD taking to Twitter to argue the case further “@WashingtonPost There are not “both sides” to this issue. Teen suicide isn’t a debate-it’s a tragedy. http://bit.ly/crX6q5 #LGBT”

The Washington Post’s next move was to send a memo out to all their employees, requesting that they refrain from using social media accounts, whether personal or business, to speak on behalf of the Post.

The following part of the memo was particularly interesting:

“When we write a story, our readers are free to respond and we provide them a venue to do so. We sometimes engage them in a private verbal conversation, but once we enter a debate personally through social media, this would be equivalent to allowing a reader to write a letter to the editor–and then publishing a rebuttal by the reporter. It’s something we don’t do.”

While it’s important to make sure all ‘official’ social media activity is “on-message”, banning employees from commenting at all seems extreme. As The Guardian website pointed out “To ban journalists from entering into discussion with critics is a denial of freedom for both journalists and citizens.” By refusing to give personal opinions, they’re missing the point of social media; they’re basically broadcasting and not listening. Further, it’s unclear whether this blanket ban also applies to the journalist who writes the post. Are they discouraged from responding as well?

How will Twitter’s new web interface affect desktop apps like Tweetdeck and Hootsuite?

This week Twitter announced a brand new web interface, packed full of new features. Over the next couple of weeks, we should all have access to the new version, complete with tabs, integrated media and quick profile viewing.

Many social media experts, including Mashable, believe this might spell the long-term end for a lot of Twitter desktop apps. Processor and memory-hungry desktop apps like Tweetdeck and Seesmic may well be concerned about losing users to the new web-based Twitter interface.

However, most power users choose desktop apps — or web-based sites like Hootsuite — to deal with a number of social media accounts at once. While the new interface will prove to be a pleasurable experience for checking your tweets, it won’t allow you to post across a number of accounts at the same time. Nor does it offer multiple user capabilities, analytics and connection to other social networks.

So Twitter hasn’t quite reached the point where it can compete with third party Twitter clients. But with this latest improvement, it’s moving a step closer. Watch this space.

What do you think about the new Twitter web interface? Will you be switching?

Interesting UK research just in. Twitter continues to build its popularity and has overtaken MySpace, according to Hitwise.

The researchers know that the figures for Twitter are higher than the ones they have recorded because people can access Twitter via mobile phones and third party applications.

Twitter has launched a new service which will enable people to reveal the location of where their ‘tweets’ are coming from. You can read more about the introduction of the new service here.

This development clearly has implications for organisations who are interested to know where their customers are based who are using Twitter. In theory, it will be possible to build up Twitter followers in specific cities and countries, and send direct messages to them.

The latest user numbers for Twitter are frankly staggering. According to ComScore, Twitter had racked up 44.5 million unique users by June 2009. This total in itself is mind boggling enough, but when you realise that it represents a growth of 7 million users from the previous month and an astronomical 1460% growth from its base of 2.9 million in June 2008, the numbers take your breath away.

In a seperate piece of research Nielsen has discovered that adults use Twitter at twice the rate teenagers do. Only 16% of Twitter users are under 25.

All this adds up to a rapidly changing media landscape. Companies that align their communications strategies with a diminishing ‘traditional media’ sector will be increasingly missing the opportunity to have conversations with their customers and stakeholders. As if to underline the point, rumours that Guardian Media Group is going to close the Observer won’t go away. If the world’s oldest Sunday paper is under threat then the shift away from traditional media channels is becoming very real indeed.